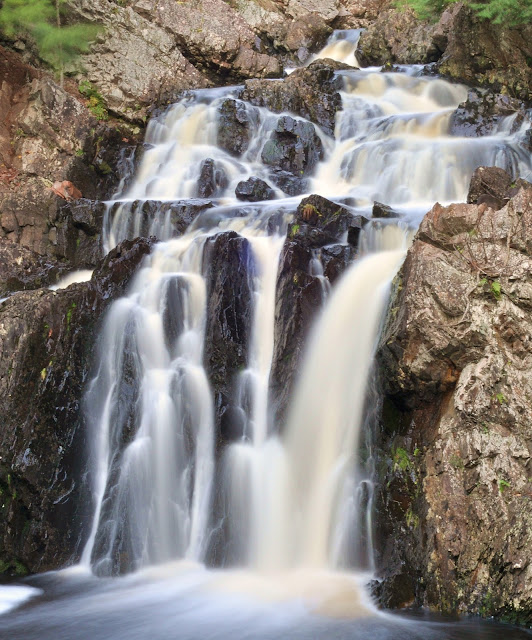 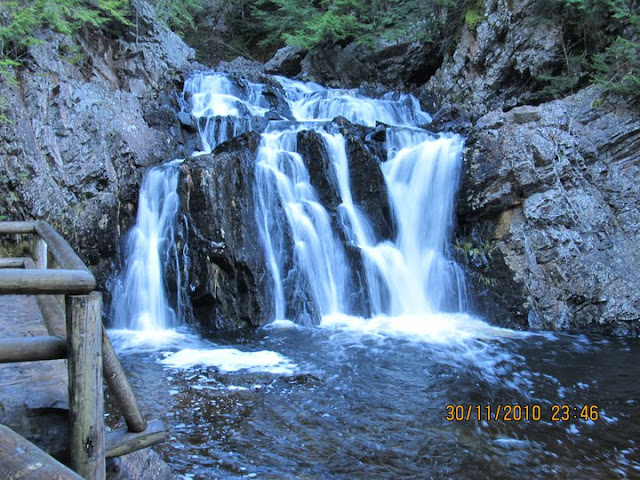 DIRECTIONS: within Truro, from the Walker Street and Queen Street intersection near downtown, continue south along Walker Street, following it around a right hand corner as it turns into Esplanade Street. Turn left at the second set of lights, onto Young Street, and turn left again at the next intersection onto
Brunswick Street. Park in the lot at the main entrance to Victoria Park. 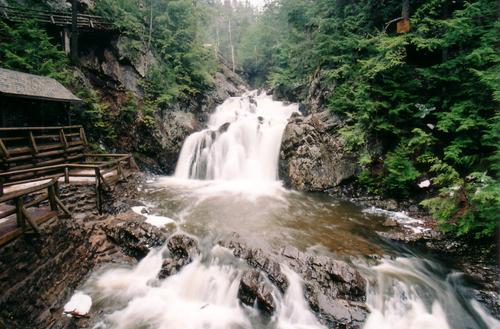 Trail Description: Victoria Park has well maintained shared-use trails, cumulatively over 20km worth. From the main entrance, follow the Park Road trail along the sinuosity of Lepper Brook through a steep tree-lined rocky gorge. Along the way, approximately 800m along, you will pass the Witch's Cauldron, an unusually deep section along the normally shallow Leppers Brook. . Joe Howe Falls lie about 1.2km along this trail, and Waddell Falls, the second set of falls in Victoria Park are just a little further downstream. 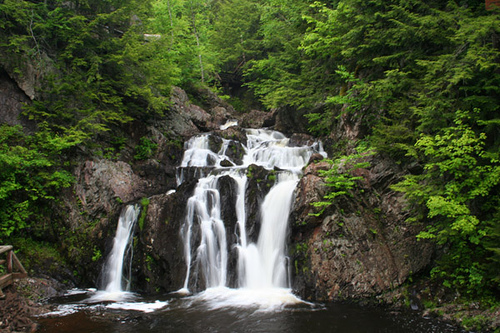 Victoria Park, named for Queen Victoria during her reign, was established in 1888, as Susan Waddell Stevens, for whom Waddell Falls is named in honour of, donated to the Town of Truro the first 25 acres of land which was to become the park. This grant included the gorge and two falls sites. 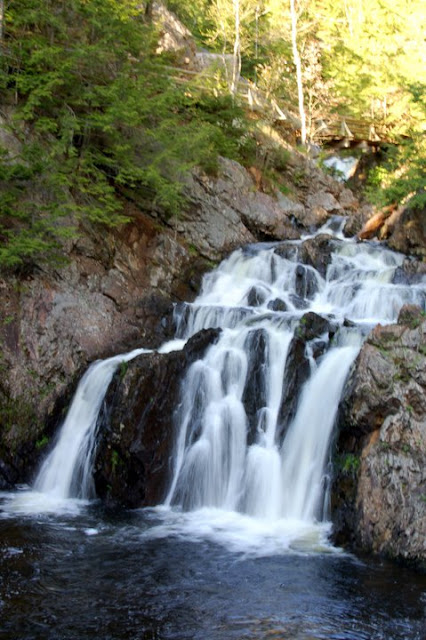 Joseph Howe Falls was named in honour of the famous Nova Scotia journalist, naturalist and politician. He visited the site in 1830, while he was owner of 'The Novascotian' newspaper. 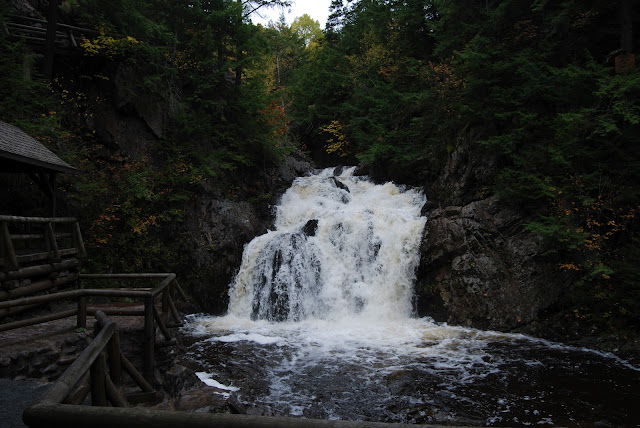 
The park, now over 1000 acres in scope, also contains tennis courts, an outdoor pool, a children's playground and water spray park, and a canteen during the summer months. Within the park boundries you will also "enjoy" the grueling Jacob's Ladder, a 176 step staircase that ascends the steep walled gorge for truly spectacular vantage of the two falls sites. A replica of the Holy Well used for baptisms by the early Acadian settlers of the region in Bible Hill has also been constructed in the park. 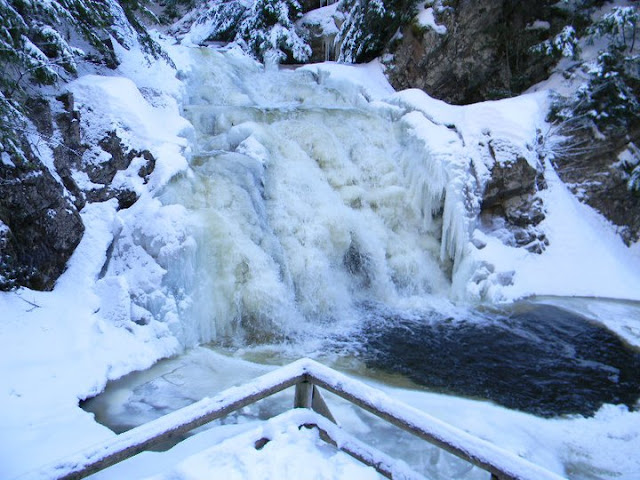 The lookoff at the top of Wood Street Trail offers panoramic views over the Salmon River and North River valleys as well as the Bay of Fundy. On a clear day, you can see Five Islands, some sixty km away.

In May, during the freshet, the park is resplendant with tulips; and during the summer months, weekly concerts featuring local talent are given at the J. Arch Fraser Bandshell. A must-see set of falls if you find
yourself in Truro. 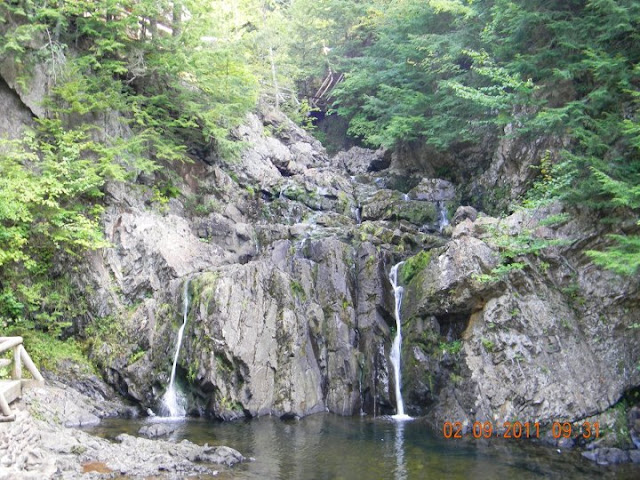 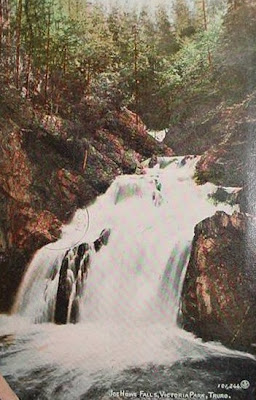 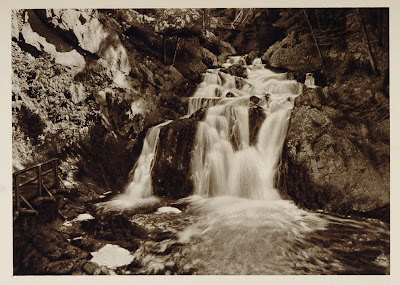 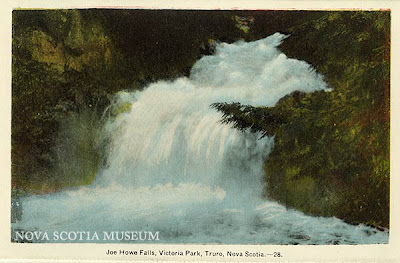 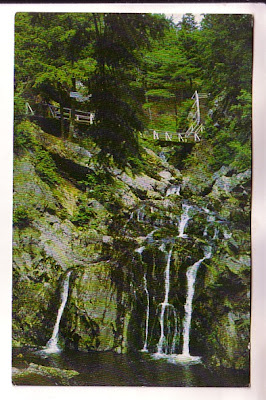 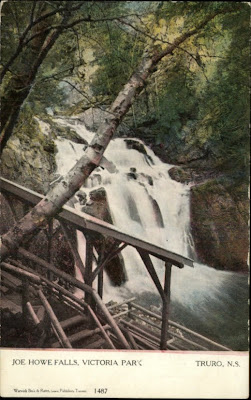 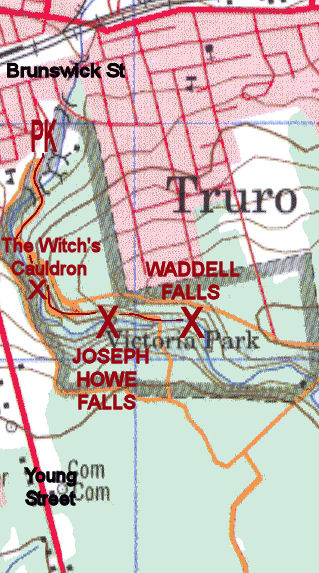